While I was in Texas we went out to the ranch.  Jena (Robin’s daughter) showed me how she makes her goat’s milk soap. I love this stuff – so creamy, dreamy! 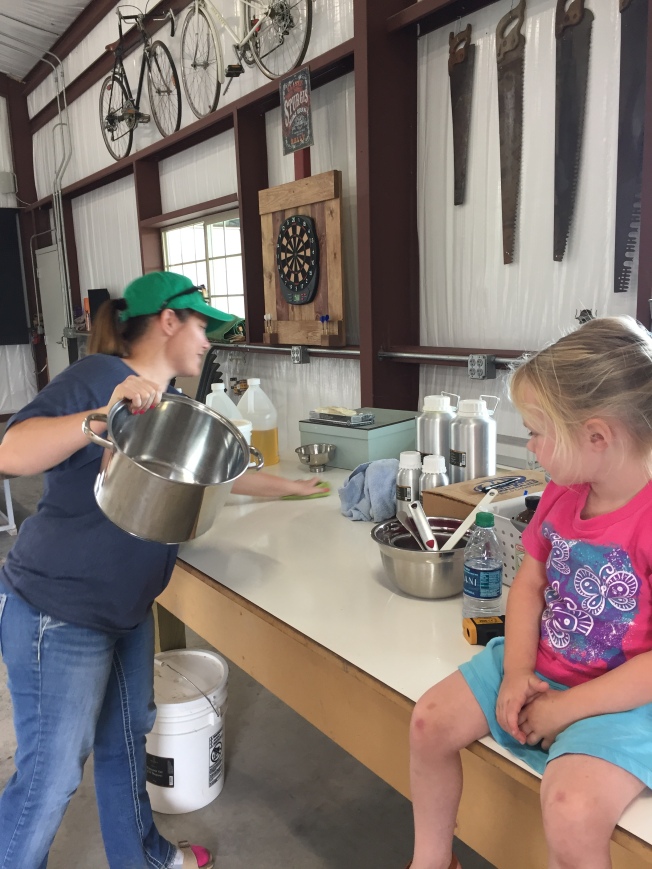 Getting things ready – that’s Jena and the little muffin girl is her youngest daughter, Olivia – which is who the soap company was named after. We’re out in the shop making the soap. 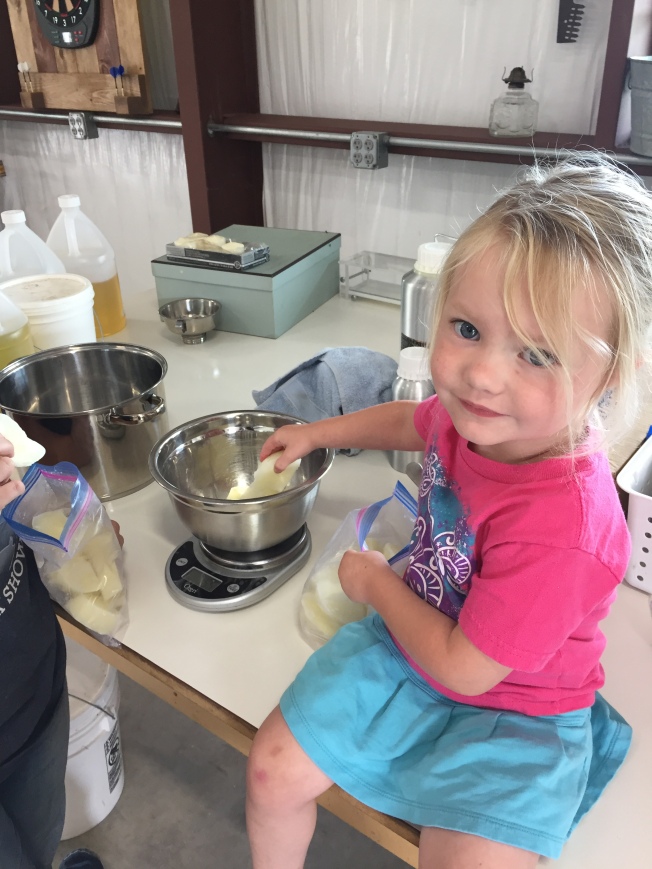 First we add the goat’s milk which Jena freezes until needed.  Olivia decided to help and steal one for herself to eat.  Frozen like a popsicle, she loves goat’s milk.

Setting the goat’s milk aside . . . she then added all the oils.  That solid one on top is the shea butter.

While the oils were coming up to the right temperature, she added the lye to the goat’s milk which produces a heat reaction that helps melt the milk.

Once the oils & milk are within 10 degrees of each other, it’s time to add them together including the essential oils (in the little bowl).

Smells soooo good – she’s making Lemon Poppyseed so once everything was combined she added the poppy seeds. 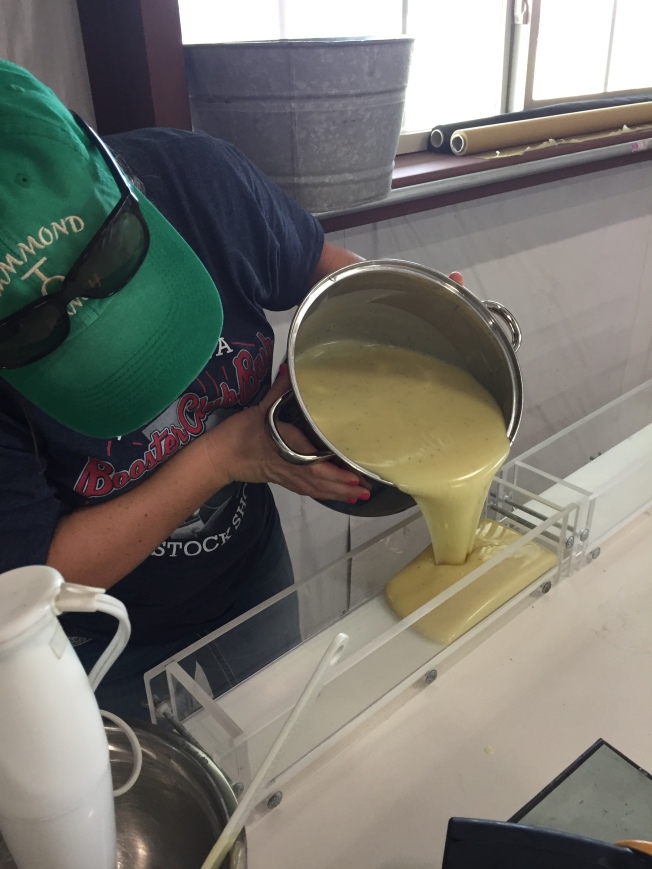 Then she poured the soap into the molds.  See the little poppy seeds?

Yay!  She’ll leave it in the molds for 48 hours, then remove them and let them cure before she cuts them and gets them ready to ship out!  Thank you Jena it was really fascinating!  So fun to see the process – love your soap!!  Here is Jena’s link if you interested: https://www.oliviatye.com

Fall is my FAVORITE time of year!